Goodbye to prejudices: dyslexia is not an intelligence problem

For a long time, talking about dyslexia was talking about a symptom indicating an emotional problem, which affected the progress of some school-age children. Without the technological advance that allowed to account for the reactions at the level of the brain before certain stimulations, this type of dysfunction fell into a generalization, lack of specific diagnosis and adequate professional intervention. Today, the tendency is to classify it as a neurobiological dysfunction that accompanies the person throughout his life.

Gustavo Abichacra, pediatrician and president of the Scientific Committee of the Dyslexia and Family Association (DISFAM) explained to Infobae: “Dyslexia is a language and communication disorder of neurobiological origin, hereditary, related to an anomaly in neuronal migration. It consists of the unexpected appearance of an impossibility of a fluid, exact and automated reading. It is a difficulty to decode an auditory code into a visual code. The dyslexic's thinking is like a continuous movie that is interrupted every time an abstract word appears, and 50% of our vocabulary is composed in this way.

Before the origin of dyslexia was known, these children were considered "immature" in learning and generally went to psychological treatment to accept their limitations.

Dyslexia is considered a neurobiological dysfunction that accompanies the person throughout his life.

El Hospital of Clinics It has a team of educational psychologists, made up of graduates Rosamarina Álvarez, Marina Croseri, Patricia Pasqua and Karina Estigarribia, who receive inquiries and intervene in each case. For them, dyslexia is not an intelligence problem, but a condition that has to do with learning.

“For the kid with dyslexia, it's all a bit of an uphill climb. Because reading and writing are things that he is going to deal with all his life, ”he explained to Infobae the lawyer Rosamarina Alvarez. Her colleague, Marina Croceri, added: “We are dealing with a person who, when he comes across a piece of writing, does not find any representation. It's like trying to read a totally unknown language that makes no sense to him, he can't decipher it."

The key is in the right diagnosis at the right time: “The child needs to have some systematic knowledge about language, reading and writing to be sure that it is dyslexia. He has to advance in schooling, at least up to second or third grade. However, we must pay attention to the progress from the garden, because it manifests itself very early”, explained Patricia Pasqua.

Álvarez explained that this is something that will accompany the child almost all his life, but that he can learn to compensate very well. And Croceri believed that the main thing is the family. “Not only the accompaniment it provides, but how it impacts the diagnosis. You have to learn to handle the pressure that parents put on the child when he spends time and he does not learn to read and write. Also, how willing they are to ask for help, many times they hide behind other capacities and downplay it,” Croceri pointed out.

The treatment carried out by educational psychologists is oriented towards two objectives. In the first place, reinforce the patient's self-esteem and enhance the other capacities that she can develop, strengthening positive aspects. Secondly, a re-educational approach begins, with stimulation and work on the functions that present difficulty. "The potential may not lie in reading or writing, but in other innate abilities, there are dyslexic children who are very skilled in mathematics, for example," said Álvarez.

And finally, we work together with the school. “Depending on what school stage you are in, the type of help will be. Starting in 4th or 5th grade she will be maybe an integrative teacher. The course should also respect the needs of the student, perhaps you have to take more oral lessons and not so much written tests, for example," said Pasqua and specified: "If we start to observe dyslexia in a preschool or 4-year-old student, , the work of educational psychologists will be to stimulate everything that is phonological awareness, through games, rhymes, verses, songs. A much more playful thing where you can address this issue at this early stage."

“The school has to become aware of the existence of dyslexia and other similar dysfunctions. The diagnosed boys must continue to have their enrollment and their space in the school they attend, and the school must commit to helping and providing the tools to be able to attend to their needs,” concluded Croceri.

Accordingly, in 2016 Law 27.306 on Specific Learning Dysfunctions (DEA) was approved, which, among others, obliges the health system to cover early detection, diagnosis and treatment of DEA, in addition to teacher training, coverage of needs by educational establishments and mass dissemination with campaigns to the community. 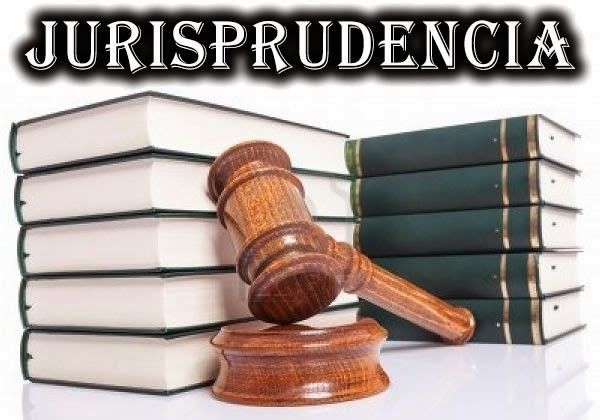 Justice forces schools to apply the protocol in children with ADHD

The Administrative Litigation Chamber of the Superior Court of Justice of Castilla y León has concluded that a school in the Palencia municipality of Carrión de los Condes did not apply the established protocol to a Primary student for school cases gifted and diagnosed with ADHD.

The TSJCyL thus revokes another judgment dictated by the Administrative Litigation Court of Palencia that agreed with the center and the Provincial Directorate of Education, arguing that the Carrión de los Condes school where the boy was in 5th grade of Primary did not follow the protocol set up for special cases. According to the resolution, the child was diagnosed with attention deficit hyperactivity disorder (ADHD) since 2011, a circumstance that was communicated to the educational center so that the protocol for students with special educational needs approved by the Ministry of Education could be applied.

After examining the administrative file, the court has reached the conclusion that "this protocol has not been applied" and that "a situation has not been resolved, characterized by misconduct of the minor and punishments or sanctions imposed as a reaction, without concrete application of measures consistent with the diagnosis of ADHD, and without knowing if indeed such sanctions were adequate for said disorder”. In addition, the TSJCyL establishes that the educational center limited itself to communicating the decision that the child did not pass the course to the mother of the minor, "without giving him the slightest possibility of intervention in making the controversial decision."

After the failure at the Carrión de los Condes school, the boy and his family moved to Madrid to enroll him in an inclusive school, where now "He is happy, learns and enjoys every day with what he does", as stated by the child's mother in a statement. She has been satisfied that the Superior Court of Justice of Castilla y León has agreed with them after a year and a half, although she regrets that the sentence cannot be carried out, because the child has already repeated 5th and is now studying 6th in Madrid .

PALMA.- 'I'm dyslexic and it was very difficult for me to complete my studies. They kicked me out of five schools and I left my studies in the 2nd year of BUP'. This is how blunt the multifaceted actor showed himself who, since childhood, has suffered from this unknown neurobiological disorder such as dyslexia.

The actor has decided to offer all his support to the Dyslexia and Family Association (Disfam) and for this this Saturday he will carry out his well-known performance 'A night with Gabino' at the Lloseta Theater at 21.30:XNUMX pm, with the aim of raising funds for the association.

The actor acknowledges not having had the support of his family due to the lack of knowledge about this disorder, hence the importance of making the reasons and, above all, solutions reach the whole society, to improve the quality of life of those people, especially children, who suffer from dyslexia.

The play that Diego will present tomorrow at the Lloseta Theater has precisely as a central theme his experiences as a dyslexic, all told with humor because "laughing helps you survive", The protagonist himself pointed out.

It should be noted that dyslexia affects 10% of the population and that 4 out of 6 school failures are due to this neurobiological disorder. In the case of Gabino, where school failure has been a reality, it should be noted that despite having been expelled from five schools "for laziness" andHaving left school at the age of 16, he is one of the most successful Spanish actors on the current scene, both in film and theater. Without a doubt, it is a great example that dyslexia is not an impediment to success but, as he himself has declared, "you have to know how to channel".

Tickets for tomorrow's performance are now on sale at Xocolat Palma and Baba de Inca records at a single price of 15 euros, the proceeds of which will go entirely to the Balearic Dyslexic Association.