At United Nations Headquarters, UNESCO joined the Permanent Missions of Slovakia , Spain , Ghana , India , Cyprus and Dominican Republic to the United Nations, as well as to UNICEF , disfam y OIDEA , in the organization of a meeting event entitled “United for Dyslexia. The debate aimed to increase awareness and recognition of dyslexia, and called for greater support from Member States to proclaim 8 October as international dyslexia day by the UN General Assembly.

Dyslexia , a learning disorder with difficulty in reading, affects more than 10% of the world's population and risks causing illiteracy and social exclusion if not treated properly. UNESCO confirmed the call to action to create equal and inclusive environments and opportunities to improve the inclusion of dyslexic students in education and society.

Eliot Minchenberg, Director of the UNESCO Office in New York and UNESCO Representative to the UN, called for serious attention and targeted efforts to ensure inclusion at all levels of people with learning differences, including dyslexia, dysgraphia, dyscalculia and dyspraxia. He underscored that one-size-fits-all education systems are a major barrier preventing dyslexic students from succeeding in their studies and careers, thus calling for a transformation in the philosophy and practice of education by empowering teachers and incorporating of relevant technologies.

Referring to UNESCO's approaches and solutions, he highlighted UNESCO's pioneering role in advocating for inclusive education, which is crucial in promoting a targeted approach for struggling students. He also remembered the Education Transformation Summit in September that sparked a global movement that highlighted the need to build inclusive, safe and healthy schools.. Promoting effective action requires mobilizing multiple actors, including communities, teachers, parents, relevant sectors, non-governmental actors, etc., to work together to transform educational environments that foster learning in a variety of ways. In this regard, he stressed that UNESCO also works to improve national capacities to reform educational systems, strengthen legal and policy frameworks, and foster partnerships. Finally, he called for a renewed collaboration to harness the potential of the "Dyslexic Mind" to further the scientific and cultural progress of humanity.

On this occasion, the Permanent Representative of the Slovak Republic to the United Nations, HE Ambassador Michal Mlynar, called on the world community to maximize efforts to remove obstacles to the education of children and young people with dyslexia. His potential to offer distinctive points of view to understand the world was also highlighted by HE Ambassador Agustin Santos Marave, Permanent Representative of Spain to the UN.

In her video message, the President of the EU Commission, Ursula von der Leyen, underlined the Union's commitment to empowering people with dyslexia through education and research, highlighting the adoption of “The Pathways to School Success”, which includes best practices to make the classroom more inclusive. Other interventions included comments from representatives of UNICEF, DISFAM and OIDEA, as well as personal stories shared by dyslexia advocates Georgia Ryan, Jeremy McKane and Dylan Douglas.

Meeting with the Minister of Education of Costa Rica

The tour of the Central American countries ended with a visit to the Minister of Education of Costa Rica together with Costa Rica. The Ministry's team was very willing to sign a collaboration agreement for the training of teachers and families in the country, as well as to establish protocols such as PRODISLEX for the early detection and intervention of Dyslexia. We are very happy to know that the meetings we had during the pandemic have borne fruit in many Ibero-American States. Many thanks to Gilda-Tita Aguilar Montoya for all your attention during the stay in the Country! #UnidosPorLaDyslexia

Meeting with the Ministry of Education of El Salvador

The president of the OIDEA and the Delegate of Disfam in El Salvador, have met with Authorities of the Ministry of Education of the Country, with the aim of learning about the structure that cares for people with learning difficulties, and to be able to provide tools and training to Ministry officials.

In addition, special emphasis was placed on the training of future teachers in the Universities, as well as the incorporation of the Lecto program to the computers and tablets that are going to deliver to the students in this school year.

Ilopango awarded for the best initiative of the International Dyslexia Day

Jose Chicas Mayor of this City of El Salvador, has been the first in the world to receive this Award

The city of Ilopango (El Salvador) has been recognized with the DISFAM Award this 2022 for having carried out the best initiative to raise awareness of dyslexia on October 8, 2021, on the occasion of the celebration of International Dyslexia Day.

The Mayor of Ilopango, Jose Chicas, together with the Salvadoran Sailing Federation (FESAVELA) recorded a video with the children of this club with the aim of making dyslexia visible, a learning disorder that affects between 10% and 15% of the population. world.

The Disfam Awards are a recognition to entities, organizations, administrations or people, who carry out their work for the benefit of people with learning difficulties that our organization has been awarding since 2008.

The president of FESAVELA and the Mayor of Ilopango have given the president of the OIDEA some details in gratitude for the organization's visit to El Salvador.

During our work trip to Guatemala together with the Ministry of Education, we have analyzed two years of joint work during the pandemic and established the main lines for 2022 and 2023.

During the next two years, normalization workshops will be held in Guatemalan classrooms, training for teachers and professors, and a Congress on learning difficulties for all Central American countries.

We have had the opportunity to meet and train more than 190 coordinators from all over the country, and hold a meeting with families and professionals interested in collaborating with students with dyslexia and other DEAs.

Quintana Roo (Mexico) will train all its teachers in learning disorders

Meeting with the SEQ – Secretary of Education of Quintana Roo, with the aim of training all teachers in the State and establishing protocols for Detection and Action in Dyslexia.

Many thanks to Dr. Luz María Abuxapqui González and her team for all their predisposition.

Thank you for your welcome!

The International Organization for Dyslexia and Other Specific Learning Difficulties (OIDEA) has organized a meeting on Dyslexia on the occasion of the 2021 General Assembly, in which the Permanent Ambassadors to the United Nations from Spain and Costa Rica participated, as well as, the Director of Disability of the World Health Organization. The representatives of the OIDEA, Disfam and FEDIS, were able to expose the reality of the situation of our families and people with dyslexia first hand. 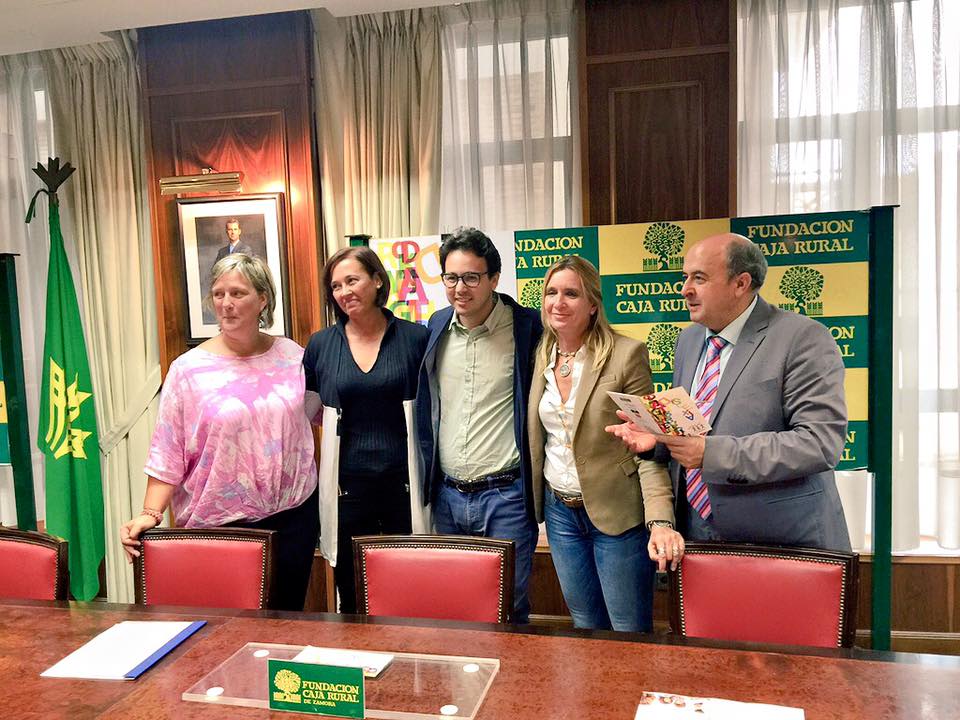 The new Association "Disfam Zamora" is already in operation, which was presented to the media of the province, at the headquarters of Caja Rural de Zamora.

The president of the OIDEA has attended the presentation of the new Association.

OIDEA present at the World Dyslexia Forum held in Brazil

The President of the OIDEA, Iñaki Muñoz, travels to Belo Horizonte (Brazil) to attend the World Forum on Dyslexia to be held from August 17 to 20 at the Federal University of the State of Minas Gerais. In addition to attending different conferences on Learning Difficulties, he will participate in workshops where other countries are represented by their Ministries of Education, to talk about improvements to the problem.

From the OIDEA we would like to especially thank Iberia, which has allowed us to travel to Brazil at no cost to the Organization. 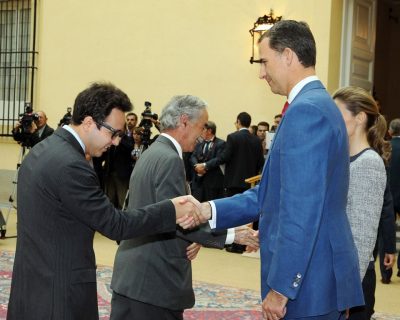 Their Majesties The Kings, receive the OIDEA in its reception to solidarity organizations

Their Majesties The King and Queen of Spain received a hundred Solidarity Entities this morning at the Palacio del Pardo. The President of the OIDEA, Iñaki Muñoz, attended the ceremony in which the story "Hugo Has Dyslexia" and a copy of the Prodislex Protocols were presented to HM Queen Letizia.

Likewise, the President of the OIDEA has taken advantage of the occasion to talk with the Minister of Health and Social Policy, Ana Mato.

We want to thank the Royal House for the support they have given us from the very beginning. In her day, the Princess of Asturias already received us at the Zarzuela Palace, and both King Juan Carlos I, Queen Sofia and the then Princes of Asturias, have presided over the Congresses that Disfam together with the OIDEA have organized