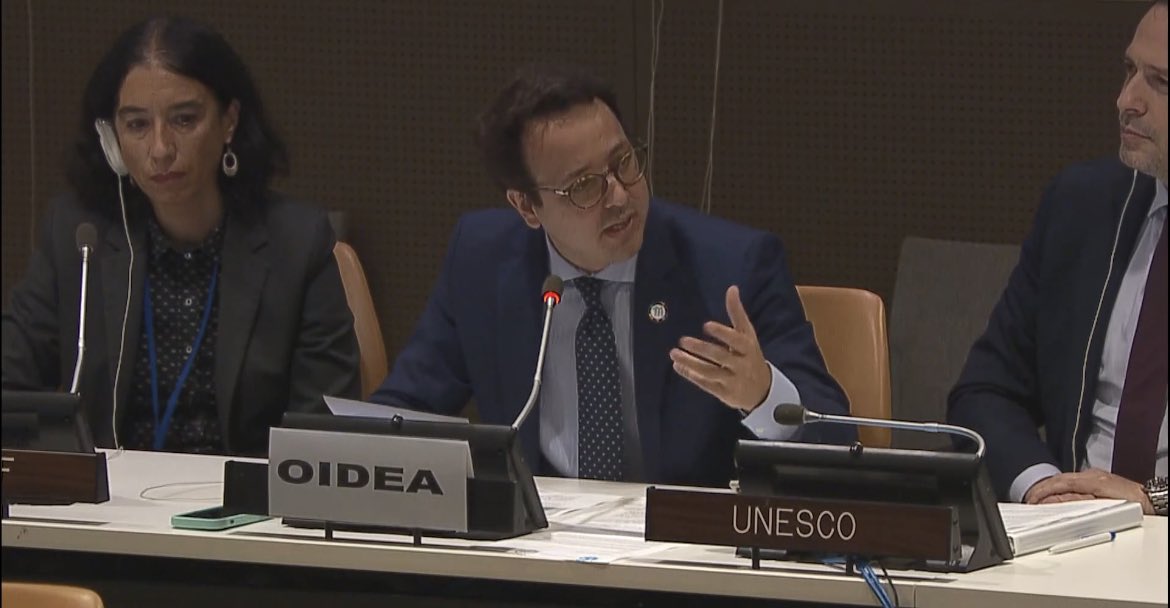 At United Nations Headquarters, UNESCO joined the Permanent Missions of Slovakia , Spain , Ghana , India , Cyprus and Dominican Republic to the United Nations, as well as to UNICEF , disfam y OIDEA , in the organization of a meeting event entitled “United for Dyslexia. The debate aimed to increase awareness and recognition of dyslexia, and called for greater support from Member States to proclaim 8 October as international dyslexia day by the UN General Assembly.

Dyslexia , a learning disorder with difficulty in reading, affects more than 10% of the world's population and risks causing illiteracy and social exclusion if not treated properly. UNESCO confirmed the call to action to create equal and inclusive environments and opportunities to improve the inclusion of dyslexic students in education and society.

Eliot Minchenberg, Director of the UNESCO Office in New York and UNESCO Representative to the UN, called for serious attention and targeted efforts to ensure inclusion at all levels of people with learning differences, including dyslexia, dysgraphia, dyscalculia and dyspraxia. He underscored that one-size-fits-all education systems are a major barrier preventing dyslexic students from succeeding in their studies and careers, thus calling for a transformation in the philosophy and practice of education by empowering teachers and incorporating of relevant technologies.

Referring to UNESCO's approaches and solutions, he highlighted UNESCO's pioneering role in advocating for inclusive education, which is crucial in promoting a targeted approach for struggling students. He also remembered the Education Transformation Summit in September that sparked a global movement that highlighted the need to build inclusive, safe and healthy schools.. Promoting effective action requires mobilizing multiple actors, including communities, teachers, parents, relevant sectors, non-governmental actors, etc., to work together to transform educational environments that foster learning in a variety of ways. In this regard, he stressed that UNESCO also works to improve national capacities to reform educational systems, strengthen legal and policy frameworks, and foster partnerships. Finally, he called for a renewed collaboration to harness the potential of the "Dyslexic Mind" to further the scientific and cultural progress of humanity.

On this occasion, the Permanent Representative of the Slovak Republic to the United Nations, HE Ambassador Michal Mlynar, called on the world community to maximize efforts to remove obstacles to the education of children and young people with dyslexia. His potential to offer distinctive points of view to understand the world was also highlighted by HE Ambassador Agustin Santos Marave, Permanent Representative of Spain to the UN.

In her video message, the President of the EU Commission, Ursula von der Leyen, underlined the Union's commitment to empowering people with dyslexia through education and research, highlighting the adoption of “The Pathways to School Success”, which includes best practices to make the classroom more inclusive. Other interventions included comments from representatives of UNICEF, DISFAM and OIDEA, as well as personal stories shared by dyslexia advocates Georgia Ryan, Jeremy McKane and Dylan Douglas.