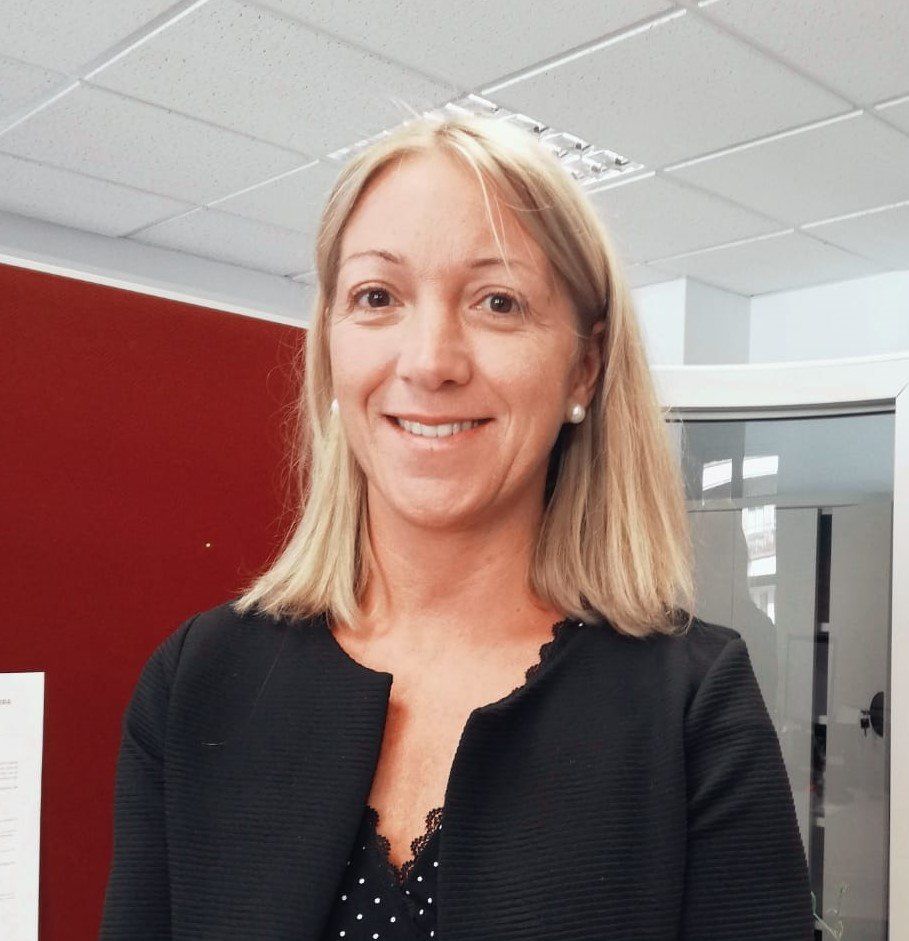 “There is a lack of training and information about dyslexia”

I am the mother of two children, one of them with Dyslexia, president of the Navarra Association of Dyslexia and other Deas. Disnavarra is a non-profit association that assists families with this difficulty.

How and why did the creation of Disnavarra arise?

Are the Navarran institutions collaborators and facilitators with your work?

The truth is that the reception by the Institutions has been very good, they are aware of the shortcomings that still exist around this difficulty and all the pending work that remains to be done. We have held meetings with both the Department of Education, the Department of Health and with CREENA and with all of them we have had a good relationship and understanding, although it is true that from the point of view of an association, progress is not as fast or effective as we would like.

What work do you do?

We advise, accompany and inform families of children with dyslexia, in many cases fathers / mothers also have dyslexia or have discovered that they have it as a result of the diagnosis of their children, we carry out talks in schools, workshops for teachers and many open talks with specialists to the public, free of charge and which have been very well received. In addition, since the summer we also have the services of a law firm for all legal matters that arise.

If a person wants to collaborate with the organization, in what ways can they do it?

Everyone can collaborate, since all of us, without exclusion, can contribute our knowledge or experience about something we know how to do, from workshops, support classes and anything they are willing to teach, to give an example: theater workshops , mental maps, crafts, reading, music, relaxation and much more.

We are going to talk about dyslexia, how can I detect that I have dyslexia? And what does my son/daughter have?

When we have a child who is intelligent, but who is not acquiring literacy as expected for his age, his reading is slow, hesitant, repeats phonemes, inverts, adds, omits, etc., who has difficulties in other areas such as remembering the days of the week, difficulties understanding the clock, with multiplication tables, rhymes, remembering names, many misspellings, are examples that can give us a clue that something is wrong, in the case of adults many of they have suffered school failure or it has taken them a great effort to finish their studies, they tell us that they have managed to read quite well but that they have to reread to understand, they use spell checkers, audiobooks, text to audio converters, in some their written expression is poor and full of misspellings and they see their own diagnosis in their children's diagnosis.

Why is it so difficult to detect dyslexia?

It is not difficult, the problem lies in the lack of training and knowledge about this difficulty. They are still being diagnosed as lazy and immature, so we're not going anywhere. A child who cannot read when the rest of his classmates do, is it due to laziness? Of course not, if the person who cares for that child does not know anything about reading and/or writing disorders and does not know how this difficulty manifests itself , will let that child mature, as if it were an apple, and may even define it as "lazy", the damage that is done to these children when they do not know how to deal with their difficulty is terrible. Long before someone gives them a diagnosis, they have already diagnosed themselves as “stupid”, and it is logical, if the only thing they cannot do like the rest of their classmates is read and write, it is not necessary for anyone to tell them anything else … if in a classroom of 25 children, we have 2 who cannot read and write like the rest, who have problems with phonological awareness, who also presented a language delay, who reject everything that has to do with literacy, no It would be logical to suspect that perhaps it is something beyond his control? That it is not due to immaturity or laziness?

Is dyslexia a disease?

No. Dyslexia is a neurodevelopmental disorder that affects learning to read and write, it is persistent in nature and causes problems with reading, but it can also affect mathematics, spelling and writing, it is not related to intelligence.

How do you work with children, not only dyslexia, but its consequences? (I am referring to possible harassment, discrimination…)

The consequences of dyslexia can be very varied and also very serious, if we take into account that they are an easy target for laughter and ridicule, it is not difficult to imagine the ordeal that many of them go through. They are taken out of the classroom to support some subjects, and it is almost never explained to the rest of the class that there are people who, despite being just as intelligent as the rest, even more so, learn in a different way, neither better nor worse, simply different. , so the rest of the class believe that they are going to the “fools” class, this is not my invention but what many boys and girls who have classmates who go to the support classroom say. Some teachers continue to force them to read aloud in front of their classmates, let's imagine what that must be like, reading with a brutal effort, under the pressure of knowing that you are not doing well, and that behind you you hear some laughter from some classmates... , inclusion is a word that is only used to look good but that very few know how to implement it.

Do the centers have a methodology or adaptation for people with dyslexia?

No, and in this I am very blunt, if there were an adapted methodology and everything was standardized, there would be no dyslexia associations in all the Autonomous Communities. Access or methodological adaptations are a right that people with dyslexia have, they are included in Provincial Order 65/2012, and even so, they continue to be seen by many teachers (less and less) as an advantage and a privilege, or as something that is not necessary, some of them have come to tell us that they do not believe in dyslexia, as if they were experts and this was a religion. A child with a diagnosis of Dyscalculia is still denied a calculator, a person diagnosed with dyslexia and dysorthography continues to be penalized for spelling mistakes, they continue to be required to read books that are not at their reading level and those whose reading comprehension and could continue with many other penalties, we are the same as 30 years ago, what would happen if people with myopia were not allowed to wear glasses to the classroom? This is already normalized, since the methodological or access adaptations are the myopic glasses, neither more nor less.

If an adult was not diagnosed with dyslexia in childhood, is it still possible to improve their quality of life with the right treatment?

Adults with dyslexia due to necessity have had no choice but to seek resources and strategies to deal with the difficulty. Some, if not all, feel a great relief to know that what they have always attributed to low intelligence or "I'm stupid and I'm not worth studying" is called dyslexia and has nothing to do with the above, we have in the association cases of adults who believed that they were not going to be able to study, with a lot of effort they managed to do so (always thinking that they were less intelligent than the rest) and when they were diagnosed it turned out that they had dyslexia but also high abilities, when they tell you about it you see in their eyes all the suffering that has been behind those years thinking that they could not, they even told them that they were not going to be anything in life.

Do you work in the same way with a dyslexic child as with an adult?

The ideal is to intervene with children who are beginning to show difficulties, if it is caught early, the prognosis is very encouraging, adults tend to look for their strategies as I have mentioned before, few go to therapy, many of them do not even know that what happens to them has a name, and others do not want anyone to know it, when there has been suffering behind it, they try to forget and not think about it, I think it is very human, I do not know if it is the best thing to overcome it, but it is understandable.

What are the main deficiencies or problems that you find in this field of work?

Well, I insist again on the lack of teacher training, we must bear in mind that some of them not only do not have training but also do not have the will, the perfect storm, this results in the belief that repeating the course solves the problem, ignoring the effort made by the student, ignoring the studies that already exist in this regard, contraindicating the repetition of the course for these students, and ignoring the will of the family. It is unfortunate to hear an education professional say that his student is going to repeat first or second year of primary school because he does not reach the objectives of reading, writing and mathematics, he has dyslexia, a disorder that prevents him from reaching those objectives, it is not his fault and much least it is solved by repeating the course, so far we have not had any known case of curing dyslexia after repeating the course... I would ask them: do you have sufficient training to attend to these students? We have an educational system that is a circle, designed for students who fit into that circle, what do we do with those that are squares or triangles? Either we enlarge the circle, or they have no place in it.

-A place: Anyone with sea.

-One moment: The birth of my children.

-A desire: Having to dissolve the association because we are no longer needed.