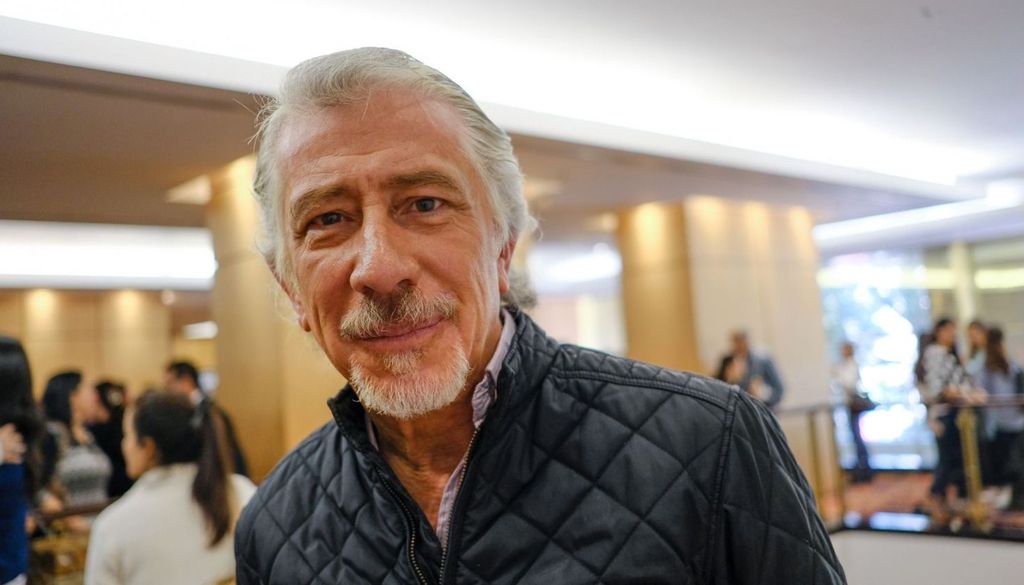 Gustavo Abichacra, pediatrician, in an interview about this difficulty that affects 10% of the population.

This Friday and Saturday the International Congress on Dyslexia was held in Salta, with the aim of speaking and reporting on a difficulty that affects 10 percent of the population and occupies 85 percent of Specific Learning Difficulties (DEA). Dyslexia is the difficulty to read fluently, accurately and automatically, in a healthy child who has been properly stimulated, it is the most common. Then comes dysgraphia -difficulty writing- and then dyscalculia -difficulty doing mathematical calculations.

The pediatrician doctor Gustavo Abichacra, who was president of Disfam Argentina (association with the purpose of giving society the necessary knowledge about DEA), participated in the meeting and provided definitions about dyslexia and the need for Salta to regulate adherence to the National Law 27.306 that declares of national interest the comprehensive and interdisciplinary approach of those who file (DEA).

“It is not fair for a boy with sufficient cognitive abilities to be 'disabled' in order to have Social Work coverage and access to treatment. The law is important for teacher training that allows them to give children adequate access to knowledge”, assured the professional in an interview with El tribuno.

What are the difficulties 

should be taken into account before submitting the child to a definitive diagnosis of dyslexia?

Before the age of 7, risk diagnoses are made, the most common are detecting language difficulties and hereditary antecedents, this is essential. A father with dyslexia is 8 times more likely to have a son with dyslexia, and in siblings the probability is 40 percent, which proved that it is hereditary and that there are entire families with dyslexia. There are difficulties in recognizing letters, phonemes, low vocabulary. They are small predictors that make doctors decide that we can start working on language at 4-5 years of age in order to prevent tongue problems. Because what is needed to be able to learn to read are the processes of phonological awareness, which is the possibility of handling the sounds of speech and knowing how a word begins and ends, how it is separated into syllables or recognize the sounds of the word that it is. the basis of phonetics. That is the sine qua non condition to be able to learn to read so that when the teacher gives him the knowledge of the letter. If she doesn't have that prior knowledge of speech sounds, it's going to be very difficult for the child to learn to read.

What are the consequences of a late or missed diagnosis?

Emotional damage occurs in an intelligent person and they are faced with something they cannot do. Knowledge is acquired through reading and writing, that is to say that if the boy is told, "you are intelligent but lazy because you don't want to do this" or what is worse, they are made to believe that they are fools, the effort it's huge as they spend five times more brain power and three times more time to do reading and writing work. This leads them to get frustrated and lower their arms because no matter what they do, the results are always the same. This is denting the personality of the boy, lowering his self-esteem that more than 50% has it on the floor, with which the boy stops trying and depression and stress can come, which is a coexistence of dyslexia. The boy is afraid to go to school, because they are terrified that the teacher, out of ignorance and not out of malice, exposes them to reading in public. Self-esteem is everything, it is being able to come to the conclusion that I am good at such things and not for this and destigmatizing the term dyslexia, because if it is hidden, the boy, like any older person, believes that what he has is serious. You have to take into account the cognitive and the emotional to approach a boy with the right climate. Because the consequences produce a cognitive block that can result in an anxiety disorder.

Is there a lack of training for teachers on the subject, taking into account that they play a fundamental role in detecting the first signs of dyslexia?

There is a study by the University of Gualeguaychú which shows that only 15 percent of teachers know what dyslexia is and what to do with it. Of course, the teacher has a fundamental role in early detection, they do not have to make a diagnosis, what they have to do are the risk factors and not wait and see, because there is nothing worse than a person with a language difficulty to wait since they are being made to lose the opportunity to achieve that necessary skill to be able to learn to read properly. It is not a maturing issue, if we wait for it, it is most likely that it will be a lifetime issue for acting late. In addition, the brain has to unlearn what has been poorly learned, it will have emotional consequences that will prevent the boy from putting in enough desire to want to modify what came from his base, genetically.